Prior to the advent of the Internet and mobile phones, people used to interact with one another through snail mail, landlines and personal meetings. Once the Internet and mobile phones made their entry the interaction changed drastically to include conversations and messages over mobile phones and longer communication through emails. With smartphones and computers, these interactions took on an audiovisual character and people started interacting with videos. Today, the ubiquitous smartphone is the premier communication device.

With the growth of smartphones, a new phenomenon erupted in the form of social media. Social media networks exploded uniting people all over the world irrespective of their language or location. They could communicate with anyone, anywhere, anytime as though they were speaking to one another face-to-face. The penetration levels are huge with nearly 3.2 b active social media users. Obviously, Internet penetration is far higher in developed countries than in developing countries.

While social media took the world by storm, people started looking at social media as a tool of marketing and spawned the growth of Internet giants such as Facebook, Twitter, WeChat, Instagram, Skype and YouTube. It was just a matter of time before the power of social media entered the education scene as an innovative tool of learning.

How is Social Media Relevant to Learning?

The combination of several technologies used in social media is highly useful in the field of education. In fact, the phenomenal success of Facebook, Twitter, WeChat, Instagram, Skype and YouTube gives impetus to the process of learning for students.

The social media characteristic of being social is the driving force behind the utility of social media in learning. How can anyone dispute the many important aspects of social media? The aspects that are powerful include

Thus, social media can transcend any barrier to bring the learning process to anyone with a social media profile.

The technology used in social media is far advanced allowing students to stay connected with whatever device the students are using at any given point in time. Since the Internet connects everyone, the social media tools are available 24/7 anywhere irrespective of the location and time. Thus, there is no need to get back to a designated place to keep abreast of events.

The engines of social media in learning

With the huge strides made by social media giants such as Facebook, Twitter, WeChat, Instagram, Skype and YouTube, students can view them as engines of learning. The many ways in which these engines impact students include

With more than 2 billion accounts, Facebook is by far the leading social media vehicle. The social media giant has many features that can assist in learning outcomes for students.

This is a web-based application enabling conversations involving images, audio and video. VoiceThread is particularly useful for teaching disciplines such as literature, art, languages, science and medicine.

VoiceThread is a web-based application that allows conversations to occur around centrally placed media, such as video, audio and images. VoiceThread has been successfully used for teaching and learning in various disciplines, such as medicine, science, languages, art and literature.

Padlet serves as a virtual wall where students can post anything. This resource helps collaboration seamlessly.

This is a tool where students can scour the Internet and put up their collections in a graphic visual medium. The student can use Pinterest to provide images.

The 330 million Twitter users can use the Twitter resource to collect information categorized as news and opinions. This is a micro-blogging site capable of providing succinct information.

Blogs are information content that can open the eyes of the student to different viewpoints. The beauty of blogs is that periodic updates are possible for keeping the students up to date on the subjects of interest.

Social media is revolutionizing learning process for students and they can now learn anytime without any encumbrance of physical locations. The real greatness of social media is the capability of new students emerging who hitherto could not have access to learning modules because of various factors such as being enrolled in colleges. With social media, they can truly educate themselves.

With more than 5 years of SEO experience and an IIT degree. Anvesh's experience includes Blue chip companies and some largest website in Australasia.

Check Out The Best Host

Contact Us today to know more about our services. 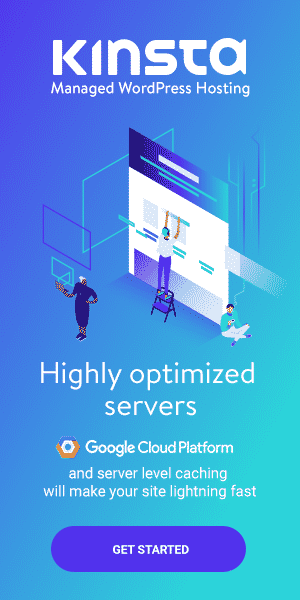